It's a plastic, striker-fired world out there these days in the handgun market. Even longtime purveyors of classic metal-framed, double action autos like the Sig Sauer P226 and the Beretta 92 have been driven into offering polymer-framed striker-fired guns as a matter of market survival. Part of it, of course, is that when teaching shooting on an institutional level to people who may or may not do any sustainment work between qualifications, the single trigger pull of the striker-fired gun is simpler to learn and gets better results. The unspoken part of it is that a striker fired gun can be built simpler and therefore cheaper than a DA/SA. 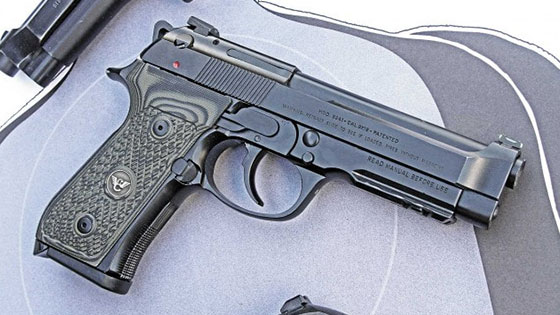 Nobody's perfect! Before reading this article, take a moment and remember the time you accidentally dropped your phone, stubbed your toe on the wall that had to have moved, or made a mistake that you thought was right. Yes, you're human and it happens. When it comes to handguns, the extra margin of safety in the traditional double action semi-automatic handgun (DA Auto) is driving its resurgence...

Way back when, a guy bought a SIG P220ST at a local gunshop. He then took that double action/single action (DA/SA) .45ACP and famously tore down the house that 1911s built at the 2003 IDPA National Championship and won the CDP title. Never an organization to be so inflexible enough to not ban pistols other than 1911s in the CDP division, IDPA changed the rules, making the P220ST illegal for the CDP division due to new weight restrictions (a newer, lighter P220ST was released shortly thereafter by SIG coincidentally)...

The Faces of the M9